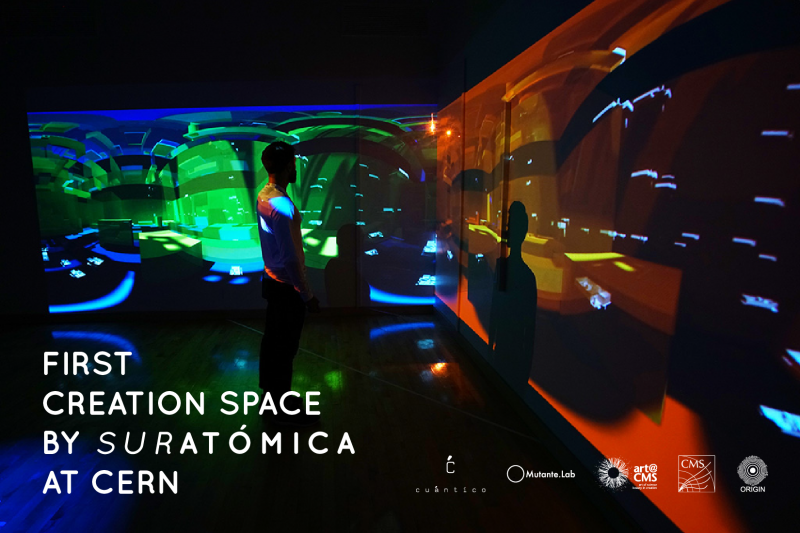 Led by two Colombian artists, Natalia Rivera and Daniela Brill, Suratómica is a new space that creates bridges, connections, collaborations and finds points of union between the scientific world and the Latin American art scene. The first cycle will be developed around the topic of particle physics, under the name “A|CERCA del Origen” (About, or closer to the Origin).

In collaboration with art@CMS directed by Michael Hoch and the Grupo de Investigación en Altas Energías (High Energy Physics Investigation Group) in Bogotá, led by CMS scientist Carlos Ávila, Suratómica takes its first step into the world of leading scientific laboratories visiting CERN and developing trans disciplinary projects of investigation-creation that unite science and art, erasing frontiers not only between disciplines, but also between continents, cultures and thought collectives. Keeping in mind their basic fundamental ideals of openness of information, gender equality and the projection of the amazing potential of the Global South in the area of art and science, Suratómica organizes a one-year cycle, in which a group of creative people, artists, architects, dancers, etc. dives into the world of particle physics to create not only an artistic piece to be exhibited, but also knowledge that will be brought back and divulgated in Colombia. It is essential for the project that the information and knowledge gained by the group is translated into workshops that will be propagated in various cities around Colombia, either by the artists themselves or by school teachers, university professors and educators reaching between 3500 and 13.000 people every year.

The artists are locally guided by scientists working on investigation directly linked to CERN in Colombia to develop the project and the workshops for divulgation, with topics ranging between dark matter, muon detection, data analysis and quantum theory among others. After a stage of investigation and research, the group of creators will travel to CERN to deepen their knowledge on the topic they have chosen, communicate their ideas to scientists and learn all about the research being done with the LHC. The finished projects will be exhibited in April 2020 in Bogotá, during a festival that will showcase besides the exhibition, talks, lectures and panel discussions around the ground topics for Suratómica: What makes Colombian research in particle physics essential for CERN? How do politics and geographical frontiers influence the creation of scientific and artistic research? What do scientists think of collaborating with artists? And artists of collaborating with scientists? What is the feminist perspective on this? 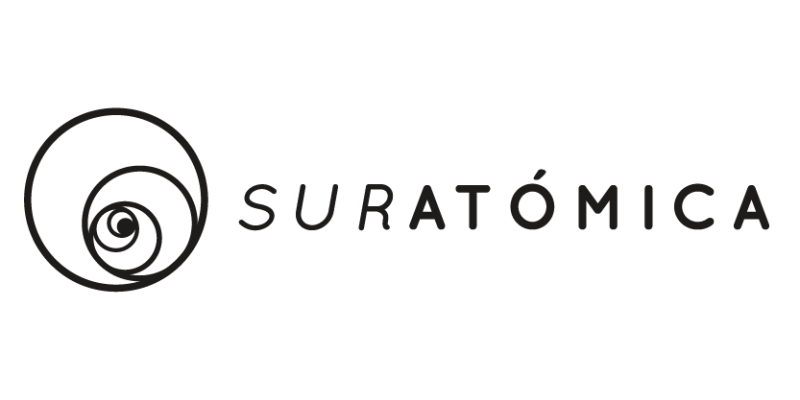