By José Ruiz and Camilo Carrillo 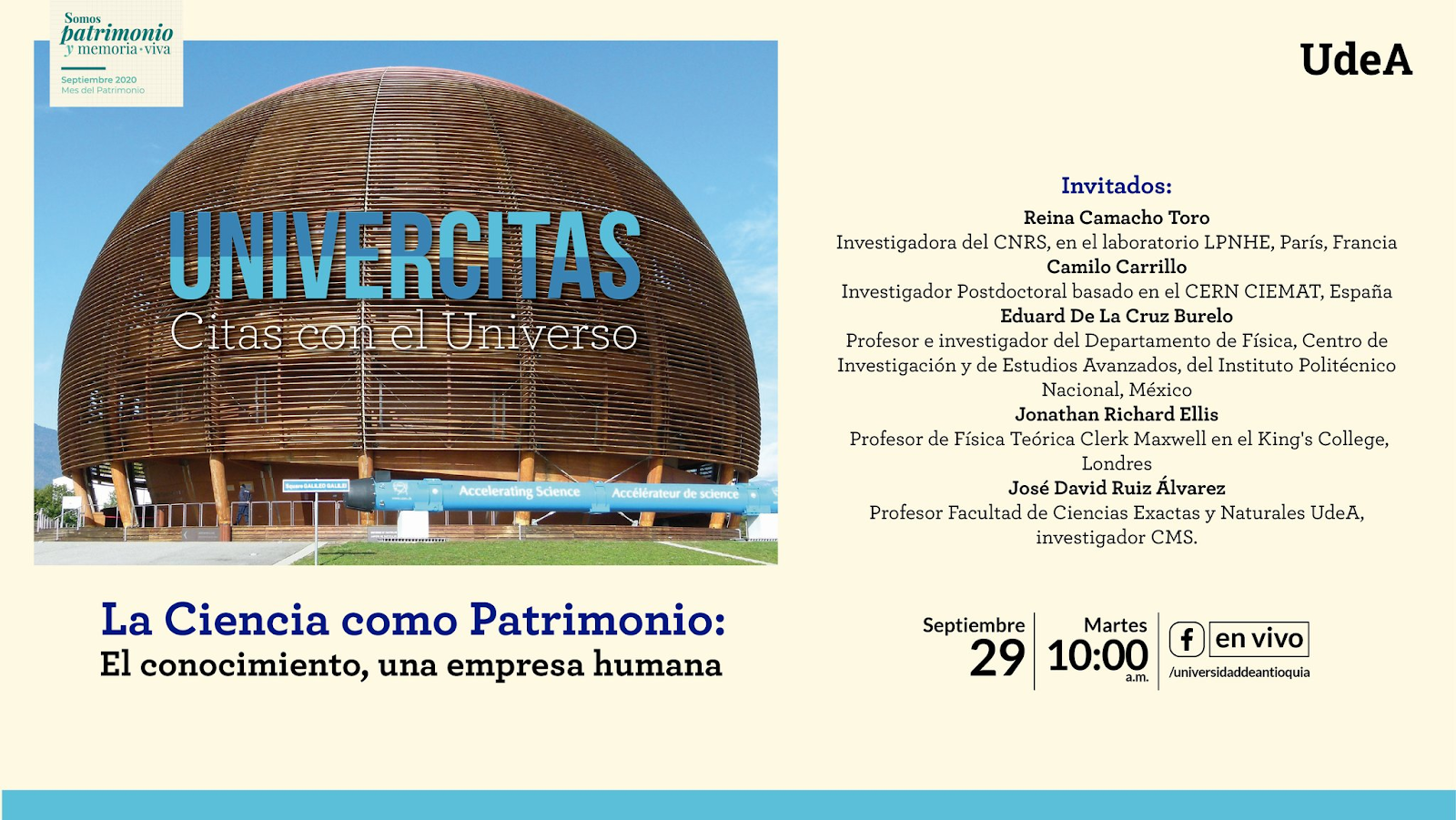 To celebrate the Heritage Month, traditionally celebrated in September in Colombia, and CERN’s 66 anniversary, the Universidad of Antioquia (Colombia) organized an online event on the 29th of September 2020. The live talk focused on science as heritage and what has been taken from science, in particular High Energy Physics. The talk started by identifying some aspects of our current scientific knowledge: the Higgs boson discovery, the Standard Model, observation of new beauty hadrons and the possible restrictions on new and unknown phenomena: all of these topics are an indispensable part of the current scientific understanding of nature. This understanding will form the basic building blocks of future science and heritage for the future generations.

The technical knowledge which has been developed by the Collaborations was also discussed suggesting that this knowledge will be a precious know-how for the future. Developments in areas such as detector technologies, data taking techniques, remote communication and control technologies which have evolved over the years in order to overcome challenges are a part of this technical knowledge.

During the discussion an urgent need for developing strategies for a more assertive way of preserving and protecting scientific heritage were identified. Such as finding ways to keep the reproducibility of scientific results over large time scales as well as the development of technical know-hows. It is currently difficult to have a fully transparent way to communicate scientific results and it is therefore not straightforward for other scientific communities to reproduce or utilize the scientific findings. Scientific communities  must then find a path to make current knowledge available and accessible for future generations.

Social and political heritage that science and collaborations have given, or could give, to humanity were also discussed. CMS, for example, is a large collaboration which consists of over 5000 people from over 200 institutes that work together for a common goal. Physicists, engineers, technicians, and students coming from Asia, America, Africa, Europe and Oceania make up this collaboration. CMS have succeeded in agreeing upon methods of collaborating in order to build one of the most complex experiments in human history. It may be vital for future generations to know how we arrived at a common ground of understanding for science. Scientific knowledge could be endangered by the passage of time, if our way of working and collaborating is not registered and kept for future learning.

The whole event was broadcasted via Facebook live in Spanish and a recording of the event is public here.