[CMS Stories] My journey to explore the universe 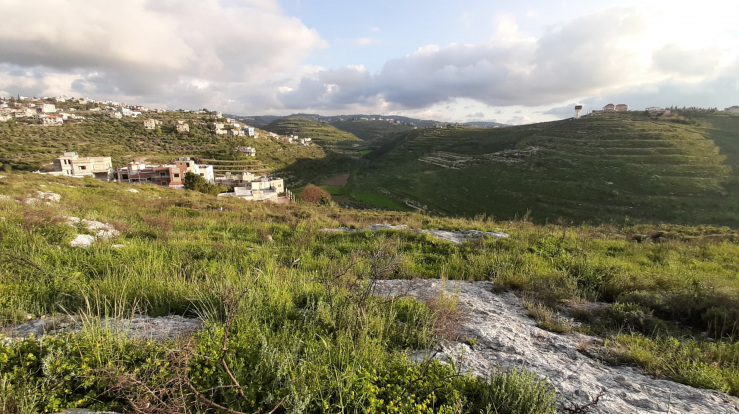 Growing up in a small neighbourhood on the outskirts of a town called Jwaya, Lebanon, the outside world seemed very very far. A country like France was just something I see on a world map during geography lessons, or on a TV show. It never felt real, or reachable. In school, I was always curious about physics. I was fascinated by the idea of exploring the secrets of the universe. But before digging into the universe, I was eager to know about our planet, to understand how things around us move, rotate, or stand still.

One day I went back home from school and declared to my family that I will get a PhD in physics.Against all expectations, majoring in Physics at the university has made me less and less passionate about it. It was all about maths. I used to think that true physics was hidden under these piles of equations that we were obliged to study. But this changed when I started specializing in the topics I liked. Particle physics and Astrophysics were my favourites. Though I decided in my second year of university that a PhD in Physics is not my dream anymore, and I'm ready to work whenever I finish my Masters studies; programming was the one who ruined my plan (or fixed it, who knows?). Due to my skills in coding, my university offered me the opportunity to do the Master's internship at the Ecole Polytechnique in France. “France?” I asked myself with mixed feelings of excitement and fear. Delighted about the experience, but fearful about any kind of rejection, or simply of becoming a stranger in a very very far place. “Laboratoire Leprince-Ringuet” was the name of the lab I was supposed to work in, within the heavy ion group of CMS. Surrounded by an amazing and friendly team, I never felt strange, and I immediately fit in. I was offered to continue the project with the same group as a PhD student. It’s programming that brought me here, and probably will leave me here for more than a while. Without hesitation, I said "Yes".

Guided by one of the best supervisors in the world, I was able to exploit my full potential in the lab work. I was analyzing data, collected by the CMS detector, to help us understand the universe in its early stages. I am actually exploring a secret of the universe. As a 1st year student, I was supposed to present a poster at the Quark Matter Conference that was held in Venice in 2018. During preparation, I had a strong desire to make it different or unusual, and though it was a bit risky to use informal ways in presenting scientific research, I decided to give it a shot. With my modest drawing skills, I used stickman comics to present my work in the poster. To my surprise, out of 400 posters, mine was chosen to be of the top 10, and I was asked to give a flash talk about it during that conference.

Days after, I was invited for a talk at CMS's weekly general meeting. That, too, has given our work more visibility and recognition by experts in the field. The past years I've spent working with CMS were rough and demanding, to an extent that my friends and I were convinced that CMS is the abbreviation for “Continuous Meeting Society”. But jokes aside, CMS has enriched my experience, not only in science, but also in life. I made a lot of friends from all over the globe, had the opportunity to discuss with great minds in our field and the most interesting part was that I discovered, by myself, new places around the world. I visited three new countries to attend conferences and workshops: Italy, Thailand, and Korea. I also had the amazing chance to be at CERN for a month and a half during the Heavy Ion Run in 2018.

I am now in my third and last year of my PhD. I am on the verge of obtaining new result that no one has ever seen before. It’s like the universe is sharing one of its secrets with me and I have never been more excited. Every now and then, I get these moments where I stop and ask myself: "How did a young girl, from a very tiny country on the other side of the planet, reach Paris to be part of one of the biggest experiments in the world? Was it luck or chance?" A friend of mine told me once: "Chances favor only prepared minds". Perhaps the secret was in my keenness toward physics, and my aptitude in coding, added to the opportunity to investigate the concepts of the former with tools of the latter. Did I ever mention that my work with CMS was exactly about this breathtaking combination? For that, I'm eternally grateful.