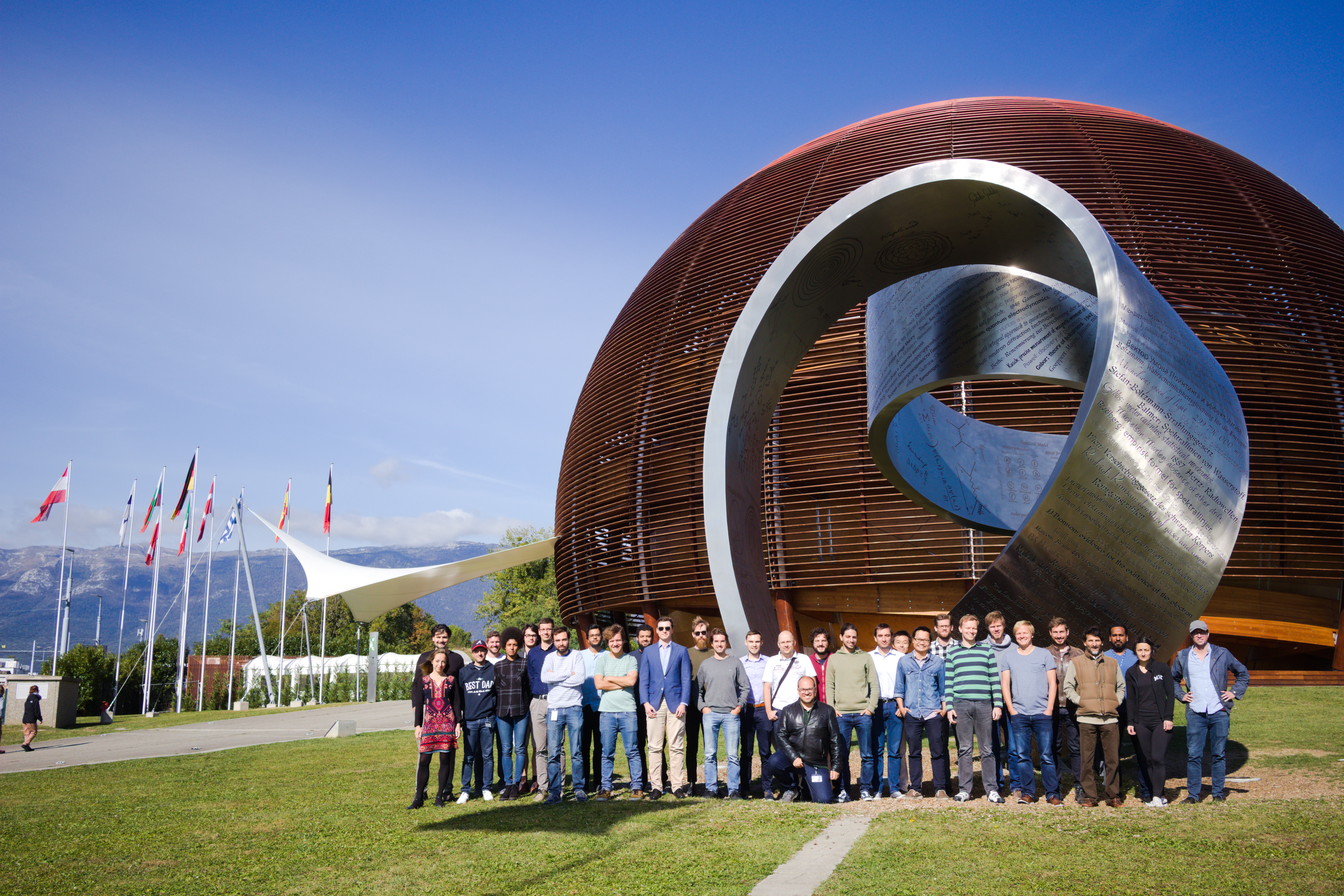 More than 3000 scientists and engineers, all working together for the CMS experiment, managed to deliver the heaviest camera in the world, called the Compact Muon Solenoid (CMS) detector. I imagine building and commissioning the CMS detector together with all its upgrades is like asking thousands of people to solve a million-piece puzzle with the shape and content of its pieces changing over time. This is only achievable with a lot of communication with your nearby puzzle-solvers and a good grain of imagination.

I’m Felice and I work in what is called "Event Reconstruction", which is the part of our software infrastructure that interprets what happens after protons collide in the center of CMS. Basically, I write software that is able to interpret and cluster together the energy deposited by particles, as they fly through the different layers of the CMS onion.

In 2016, together with a few colleagues, we created the Patatrack software R&D incubator, in order to create a fertile ground for disruptive ideas and maximize the impact that young scientists can have on the experiment’s physics reach.

At CERN nothing is carved in stone. You might be a just-arrived summer student, but if your idea is scientifically sound and represents an improvement with respect to one from a Nobel Laureate, your solution will be adopted. Patatrack tries to help new ideas go beyond the proof of concept stage and enter into production. Most of the work is done during hackathons, which are held three times per year. This creates unique opportunities for scientists with different backgrounds and domain knowledge to work together, understand each other's problems and converge quickly to the best possible solutions.

At the beginning of October we held the 7th edition of the Patatrack Hackathon at the CERN IdeaSquare. The topics were most diverse, from exploiting the computing power of Graphics Processing Units for accelerating the CMS reconstruction of trajectories, to the prediction of the transparency loss of the Electromagnetic Calorimeter’s lead tungstate crystals during LHC collisions, from exploiting neural networks in a hard real-time environment using FPGAs to finding ways to write a single source code that can be executed efficiently on very different processors.

Fostering networking is key to the success of the Patatrack Hackathons. There is nothing better for a newcomer than an intense one-week-long deep dive session with experts. We prepare lunch ourselves for all the 40 participants and also wash dishes together. Social events usually include a table football tournament and dinner with hand-made pizza and fights over role-playing games. This is done to make sure that every participant has a good chance to get to know everyone else’s interests and skills and encourage long-lasting relationships once the hackathon is over. At the end of each day we gather all together discussing the achievements and possible plans for the following day for each of the working groups.

A group of the Patatrack Hackathons' team at work - Pictures credits: Felice Pantaleo and Federica Baldassari